The 7th of December saw the 82nd British Allied Trades Federation’s Benevolent Society Ball take place at The St Johns Hotel Solihull, with Jewellery & Watch as Headline Sponsor.
​
Incorporated within this longstanding annual Charity Event were the National Association of Jewellers Member Awards, hosted by ex-BBC newsreader, Kay Alexander. The awards are designed to flag up all that is most excellent about the UK’s extremely diverse jewellery industry: its bright new talent, its design skills and creativity and its capacity to truly serve its customers whether they are other businesses, on-line jewellery buyers or the consumer in the High Street.
The Benevolent Society Ball attracts guests from the jewellery, giftware, surface engineering and luggage and leathergoods associations which are member organisations of the British Allied Trades Federation.

This year’s Ball had a true Christmassy feel, including reindeer, carol singers and a guest appearance from Father Christmas himself! David Doyle the Society’s Vice Chairman was delighted to asked Simon Dawe of TH March onto the stage in order that he could introduce the guests to him as the new Chairman of the Benevolent Society following the retirement of David Simons.

The Benevolent Society was particularly grateful that once again Jewellery & Watch had agreed to be the Headline Sponsor again for the Charity Evening. This is yet another indication of how this progressive events company continues to engage and work closely with all Sectors of the Jewellery & Giftware Trades for the benefit of all. 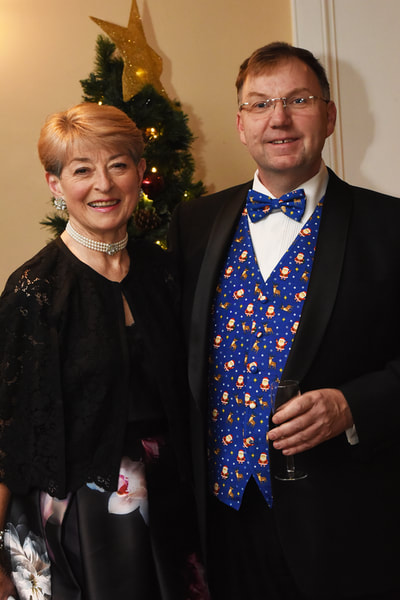 ​A Charity Auction was conducted by David Doyle of Jewellery Brokers, the Society's Vice Chairman, and early indications are that over £30,000 was raised on the evening for the Charity. Lots donated for the Auction included a day’s hospitality sailing on yacht ‘Solent Hero’ for 8 people, donated by the Benevolent Society’s charity partner, The Ellen McArthur Trust. This fantastic lot was bought by Maggie Field, previous owner of Sutton Tools.
A stunning hand spun sterling silver chess set donated by Tom Green of Charles Green (in conjuction with Cooksongold) and was bought most generously by Chris Sellors of C.W.Sellors.

Another highly sought-after Auction Lot was the second T H March Clay Pigeon Shooting Day and Dinner with fiercely competitive bidding by several interested parties. Eventually Ben Roberts of Clogau secured this fabulous day out for his Company. This is the second time that Clogau have bought this Lot at the Benevolent Charity Auction.

The Birmingham Assay Office once again offered a Lunch for 10 people for Auction and this was bought twice – once by Simon Johnson the NAJ Chairman and also by Gary Williams of Mastermelts.

The Benevolent Society and attending guests were delighted with the outstanding generosity of all of the evening's bidders!

The hugely successful Tombola and Raffle were generously supported as always by the Federation's Giftware Association and Michael Papé of Ravensden PLC and his company who generously donated some beautiful Christmas plush soft toys that went down very well with the guests.

The Benevolent Society was also pleased to receive a substantial donation from the Surface Engineering Association, and were delighted that longstanding sponsor, The NEC were able to attend the event. Paul Thandi, CEO of the NEC Group, joined David Doyle on the Stage for the Auction of two Tickets with full VIP Hospitality to the very popular “Strictly Come Dancing” and the party goers cheered loudly when Mr Thandi told David to Auction the Lot twice so enabling even more money to be raised for the Charity.

Tables at this year’s event were taken by many companies, including the NEC, Cooksongold, Charles Green & Sons, Weston Beamor, Hockley Mint, Clogau Gold, C W Sellors, T H March and Mastermelts to name but a few.

The date for next year’s Benevolent Society Ball is Thursday 6th December and it will again be held at The St John' Hotel, Solihull following the success of this year’s Ball. Early bird tickets at a special rate can be obtained by contacting Gill Price at the Federation (0121 237 1138 gill.price@batf.uk.com)
​
We are delighted to announce that the next Benevolent Society event will be our Sponsors’ Dinner on 14th June 2018, which will be held in conjunction with the British Allied Trades Federation’s AGM at the prestigious Goldsmiths’ Hall, London. For sponsorship opportunities contact Laura Banner 0121 236 2657, laura.b.banner@gmail.com 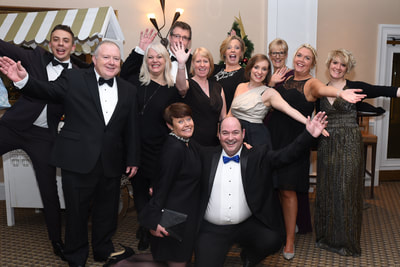 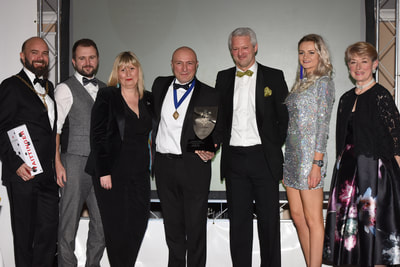